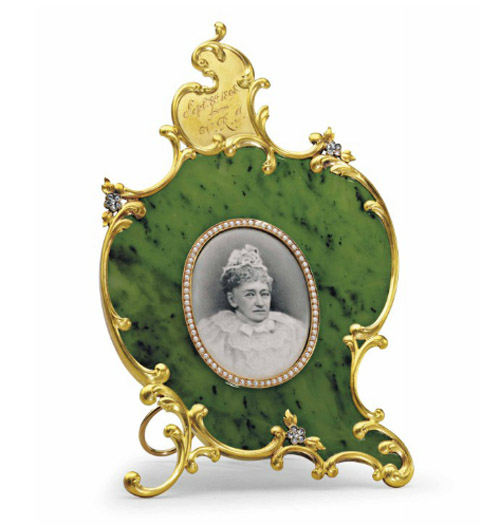 The biggest surprise of the auction was the $245,000 selling price of a gem-embellished Fabergé frame that carried a modest pre-sale estimate of $40,000 to $60,000. Crafted in nephrite (a form of jade) and adorned with rose-cut diamond flowers and a seed pearl bezel, the frame features an enamel portrait of Queen Louise of Denmark. The frame dates back to 1898. 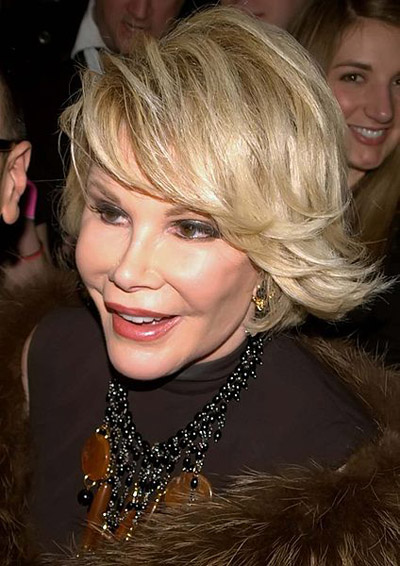 Rivers, whose acerbic comedic style earned her legions of fans and a co-hosting gig on E!’s Fashion Police, passed away on Sept. 4, 2014, at the age of 81. During her successful 55-year-career as a comedian, actress, writer and producer, Rivers amassed an impressive collection of pieces from Fabergé, Harry Winston, Chanel and Tiffany.

According to published reports, Rivers was particularly fond of Fabergé because she felt the objects helped her get in touch with her Russian heritage.

In all, The Private Collection of Joan Rivers included 39 lots of jewelry. Here are some of the other highlights...

• A diamond and platinum flower brooch signed by Harry Winston fetched $75,000, far greater than the pre-sale estimate of $30,000 to $50,000. The piece features round diamonds forming the pistil, marquise-cut diamond petals, baguette-cut diamond stem and round diamond leaves.

• A gold, silver, aquamarine and diamond brooch by Fabergé sold for $35,000, at the low end of the pre-sale estimate of $35,000 to $45,000. A cushion-cut aquamarine is flanked on either side by a clover-like formation of diamonds. The piece is dated between 1908 and 1913 and also has the workmaster's mark of Holmstrom. 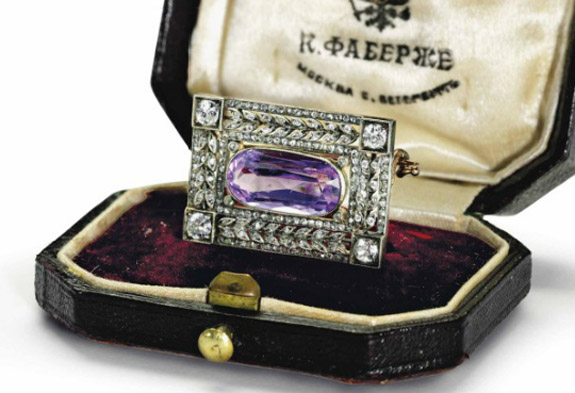